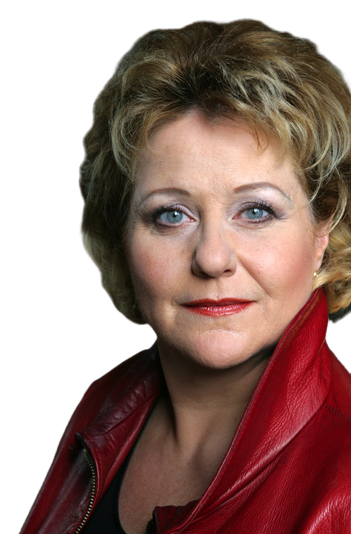 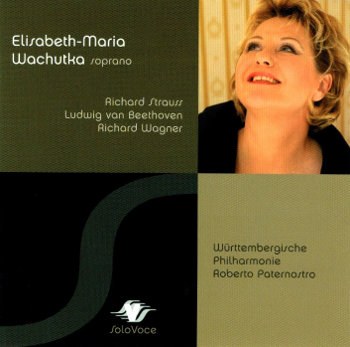 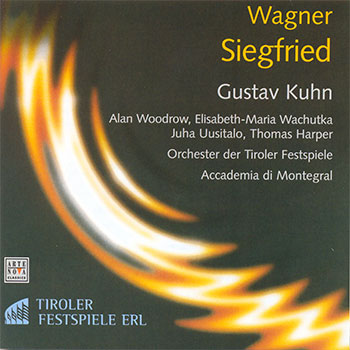 Elisabeth-Maria Wachutka’s CD will be presented during a special broadcast on Saturday, November 6th on „Klassik Radio“, as a recommended CD (1 hour special and interview, emceed by Bettina Zacher).

An incredible CD! Hitherto at home in the German Zwischenfach, this soprano singer now presents us with a taste of her victorious thrust into the truly big and highly dramatic Fach – with a special twist: Her voice has retained its graceful  tone of youthful exaltation which so clearly also befits Elektra, Ariadne, Leonore, Isolde and Brünnhilde. These, in principle, are youthful heroines – yet one rarely hears them as such. This interpretation of the Atrides‘ daughter gains our full sympathy as early as during Agamemnon’s monologue when her voice expresses compassion towards her murdered father and the deep desire to resolve the family’s unbearable situation. Elisabeth-Maria Wachutka possesses the long breath that is indispensable for these musical dimensions yet even her most powerful notes still sound human. Ariadne sounds young and desirable. The heights and depths of the realm of the dead which she alleges are fully there, it is „all pure“, and even the theatrics required of the deserted demigoddess can be discerned. Of course, the singer is especially well equipped to play Beethoven’s Leonore whose love is so steadfast; one is pleased to hear the vocal altitudes, reached so effortlessly, of the female warrior and lover, certain of her victory. Conscious of having now achieved all she has wished for in life, Isolde approaches her Liebestod, her love death, deliberately, leading it to its climax with an enormous intensity of feeling. It is almost possible to see Tristan resurrected against one’s very eyes! One gets the feeling that, with her vehement emotional exertion, it is she, Isolde, who is guiding the orchestra where she wants it. She savors every word, every syllable, and each note in order to fully appreciate all the marvels which Wagner puts at her disposal. And thus, loving unendingly, she enters another world.

According to reports, Ms. Wachutka has been studying Isolde – and one can only encourage directors and conductors not to miss out on her first stage performance! She has become known already as an impressive Brünnhilde in „Siegfried“ at Erl, and, when one listens now to this final song from the „Götterdämmerung“, one understands that there is much more to come. Here’s an artist – whose voice is in top shape – trying to act out the entire emotional range of this colossal character on the vocal as well as the verbal level. Simply wonderful!

She is optimally supported by the WÜRTTEMBERGISCHE PHILHARMONIE REUTLINGEN, led by conductor ROBERTO PATERNOSTRO, who has a rich experience with Wagner and Strauss and who moves along with the entire generous scope, embedding the singing voice into the well-organized overall sound. The prelude to „Tristan“ enables the body of sound to favorably present itself with a solo part.

Elisabeth-Maria Wachutka is an excellent professional with a voice whose dimensions befit the stark leaps in Electra’s monologue or Brünnhilde’s holocaust. Her exquisite technique allows her voice to always have the upper hand. This comes true both in the feared aria of Beethoven’s Leonore (in which even the high H’s are convincing) and in the velvety „It was a beautiful one“ in Ariadne on Naxos. And the „love death“, foggy and gentle, surrounded by the orchestra’s twilight, is indeed memorable. A very interesting CD, which puts the spotlight on a singer who is less known than she deserves.

High drama by itself on CD is often not entirely without problems. Therefore, it’s a pleasure to point out a 70-minute CD by the new label Solo Voce, on which Elisabeth-Maria Wachutka demonstrates the power of her vocal cords. The soprano singer started drawing attention at the end of the 1990s: In „Siegfried“ under Gustav Kuhn during the festival at Erl, or in „Ariadne on Naxos“ in Naples. Among others, she guest-performed as „Daphne“ during the „Strauss Days“ in Garmisch and now sets the tone with Elektra’s opening monologue and Ariadne’s solo scenes by showing a consistently lyrical lightness (…). The soprano fades away healthily and with resplendent drama. Met with intelligible articulation, the listener can relax and follow the presentations of Wagner’s Isolde and Brünnhilde in their final songs, empathetically accompanied by the Württembergische Philharmonie under the direction of a very adept Roberto Paternostro. Above all, hopes rise in view of the quality of the orchestra’s performance and the unwillingness to compromise demonstrated by the producers in their demands on the musical partners of the artist standing in the recital’s center. This indeed may be considered as a conscious reversal of trend, considering that recently, there have been too many CDs where musical arrangement or accompaniment had been economized. It can be done differently, again, and one can draw hope from that.

Prelude and Liebestod to Tristan and Isolde